The Nephilim stood tall, and their descendants, the Anakim, did too. Towering above mere men, they were a harsh race, and cruel. One of their number was Reprobus, a creature of great strength and fierce determination. He served his king for a time, then his curiosity and pride proved too much to be limited so. He vowed that he would serve none but the greatest of kings, the mightiest of beings.

The king’s palace was filled with gold, each room sparkling with precious gems. Each night, in the greatest hall, there came forth many to aim to amuse the king with their skills. One night, a minstrel came forth, and he sang oft of the devil. When the king heard the name of the devil, he made the sign of the cross. Reprobus was curious, and demanded to know why he had made that sign.

“Always when I hear the devil named, I fear that he should have power over me,” he said, shaking his head.

Reprobus frowned and said to him: “Then is the devil more mighty and greater than thou art. I will go seek him for to be my lord, and I his servant.”

And he strode from that great hall, not bothering to turn his head and catch a final glimpse of that  palace.

The desert was thick with brutal sand and harsh winds, scuffling up great clouds of shivering glass fragments. On the top of the greatest sand dune, there stood a great company of knights, armour as black as pitch. “Whither doest thou travel?” The leader demanded.

“I go seek the devil for to be my master,” Reprobus demanded

The knight threw back his head and laughed. “I am he,” he said, his voice like burning embers and lit coals. “I am he that thou seekest.”

The cross stood by the roadside, elegant and simple, bone-white wood and iron. The knight turned and fled, but Reprobus stayed and stared. “I shall anon depart from thee,” he cried. He demanded to know why the devil fled from such a simple

The devil relented. “There was a man called Christ which was hanged on the cross,” he said, his mouth in a bitter set. “When I see his sign I am sore afraid.”

Reprobus saw the truth unfold before his eyes. This was not the mightiest being, but one subservient to something greater. Something glorious.

Reprobus waded across the river, each step weighing heavily. The silt under his feet shifted, the water grew and swelled. It tasted of brine, even this far from the sea. Reprobus’ spirit did not falter. He served the greatest king, the mightiest being, and he would not fail in his task. The child on his shoulders gripped hard, the push of the water rocking Reprobus. He would not fail.

Reprobus was no more. From the ashes, there rose Christopher, bearer of Christ, who would spend his life fighting for Christ, the strongest God, with no equal. He guided travellers across their perils, working in the path of the Lord.

Saint Christopher started out life in Canaan, going by the name Reprobus.  His home town of Canaan and name go a long way in painting a picture of his character!  He was a bruiser who desired to serve the toughest God, whomever that was.  Originally he assumed this person to be the King of the Canaanites.  He was soon disappointed with his God King and the story gets interesting… A wonderful translation of a 13th Century telling of the story can be found here : The Golden Legend – Lives of the Saints

I have crafted each pendant from a 150 year old silver Gothic Florin.   Each Reprobus St Christopher necklace has a special inlay of 24ct gold.  I have adapted the idea of Reprobus being a Dog faced Canaanite to a modern Staffordshire Bull terrier as they present a strong, faithful presence which is famously gentle with children.  The coins themselves are the perfect medium for this beautiful design, inline with a love of nature using these coins is the perfect ethical and green solution. No new silver is destructively ‘mined’ and old, uncollectible pure silver coins are saved from the ‘melting pot’ of bullion merchants. This protects their history and ensures their stories live on.

Once the design is freehand sketched on to the coin, it is hand cut and carved using traditional hand saws, chisels and files. This traditional process allows me to have a close connection to each piece. This also gives the added bonus of each piece being completely unique. The St Christopher necklace is handmade and recycled in Cambridge, England.

There are no reviews yet.

Only logged in customers who have purchased this product may leave a review.

Many of the necklace / pendant designs are complete. These designs have a sterling silver chain attached to the pendant from both sides. This design is perfect for looking in a mirror to fasten the necklace. It also makes a fabulous feature of the handmade hook catch (and star if chosen).  The necklace length you choose includes the length of the actual pendant. Do not worry about the pendant dimensions we will take care of your order. Order the necklace length you would normally wear and the necklace you receive will sit in the perfect position..

A local jeweller will happily provide you the ring size you require for the desired finger you wish to adorn! Its a quick, easy, simple process we all offer!However if you are buying a surprise gift please fee free to download this simple ring size guide to help.

Silver chain lengths are many and various.  Mostly it comes down to two factors your size and individual style.  These will determine whats going to suit you at the times you are wearing it.  Click the link to see a guide of the most popular sizes and how they look, comparatively. 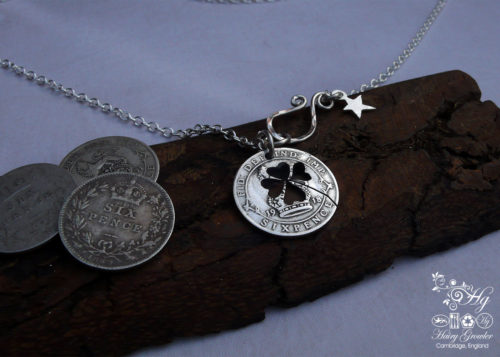 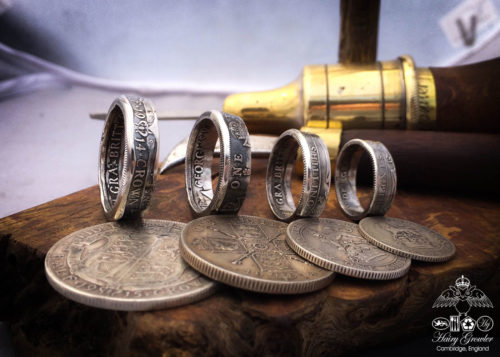 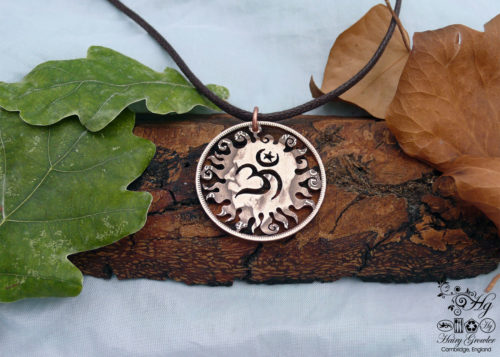 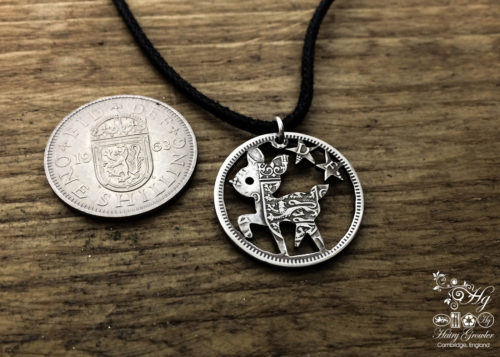 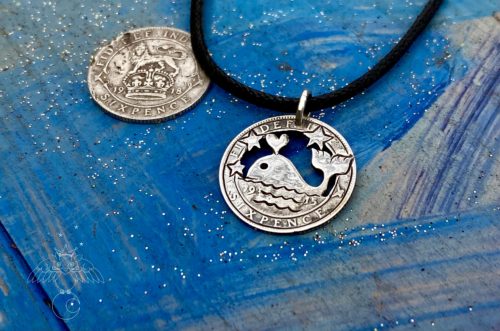 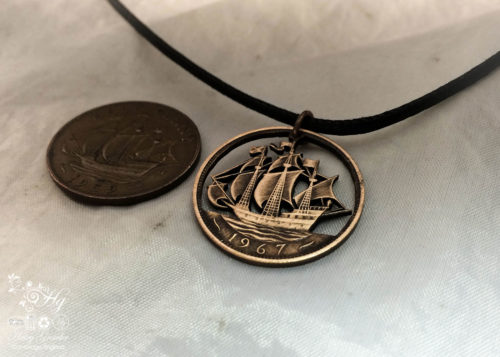 The Golden Hind aka The Pelican 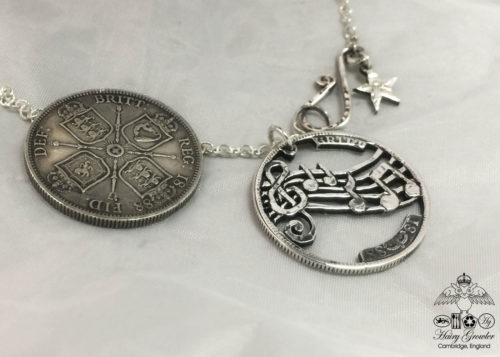 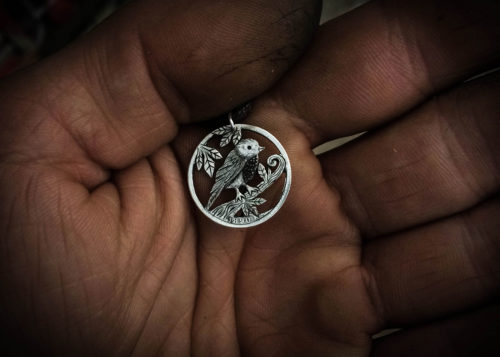 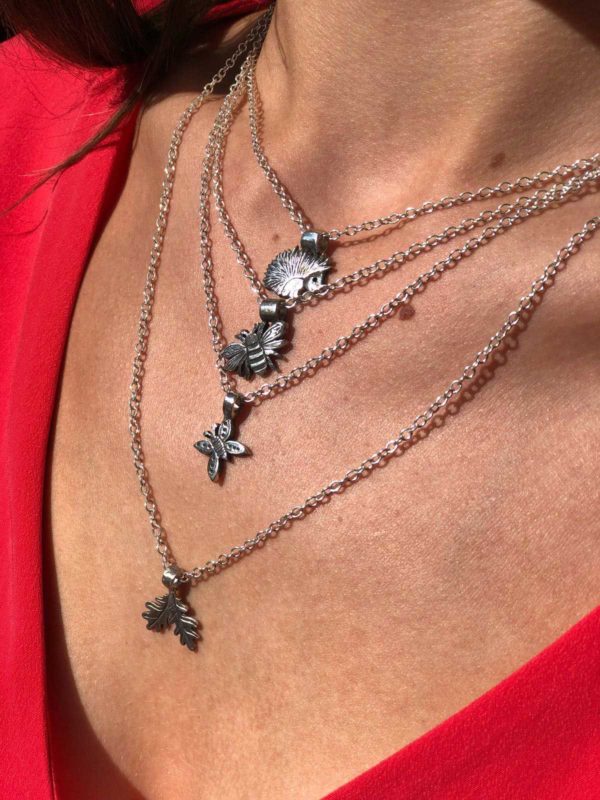 I personally think everyone should have a least one of each available length, otherwise your left with a tough choice. 😉